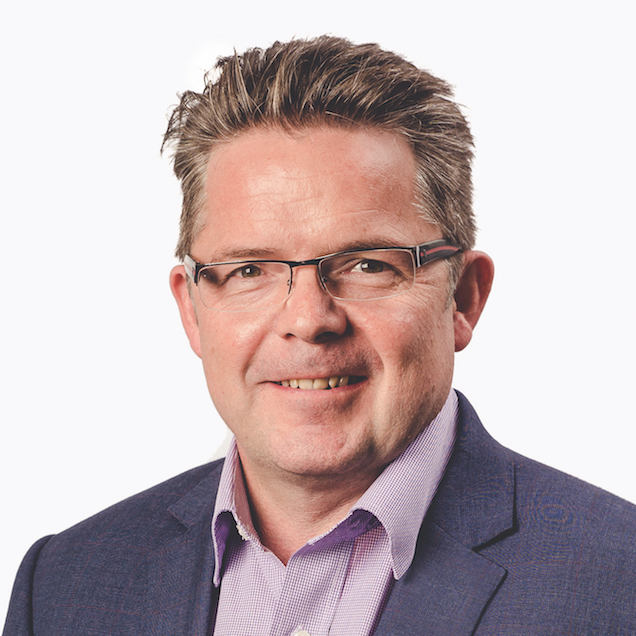 Through the power of research and new support initiatives, Arthritis Research UK has been at the forefront of some remarkable research and support breakthroughs.

Every day, millions of people across the UK have their lives severely limited by the fatigue, pain and isolation of arthritis.

This is a complex condition — there are over 200 forms of arthritis although, as yet, no cure — and its consequences can be devastating.

We have a responsibility to make a difference and the resources to deliver results.

“Arthritis is largely unrecognised, underestimated and ignored,” says Liam O’Toole, CEO, of the charity Arthritis Research UK. “We want to reveal the real impact of arthritis both on those with it and on the nation as a whole.”

Arthritis Research UK works to transform the lives of people living with arthritis via breakthrough research. “We have a responsibility to make a difference and the resources to deliver results,” says O’Toole.

“We’re working with politicians, doctors, employers and charities to develop better solutions together. By bringing the right people together we can address the issues we face and deliver better support people with arthritis.”

The power of science: breakthroughs so far

What really defines the work of Arthritis Research UK, though, is that it can — and does — harness the power of exceptional science; and, over the years, it has been responsible for numerous breakthroughs in arthritis research.

It’s given me my life back.

“Take our work on Anti-TNF therapy, a drug treatment that reduces the inflammation caused by rheumatoid arthritis,” says O’Toole. “Once, the only care available was pain management, so Anti-TNF has been a game-changer. In fact, people with the condition have said to me: ‘It’s given me my life back.’

“The charity’s research has also produced a tool which GPs use when treating people with lower back pain. “This is a way of targeting treatment to ensure that the right treatment is given to the right person at the right time,” says O’Toole. “It’s been hugely effective.”

Arthritis Research UK also has a close and growing relationship with people with arthritis, says O’Toole. “It’s these people who set our agenda. By  speaking to thousands of people with the condition, we have been able to identify their key issues. One of these is pain — so we have now developed a laser-like focus on pain research and created a coalition of talent to investigate it further. Experts from the health service, industry, science and — most importantly — people with arthritis are working so that we know the questions that need answering.”

Advice and guidance directly from experts

Aside from research, the charity is also committed to providing the best information and advice. “People with arthritis have told us they want support,” says O’Toole. “They want to understand their treatment options so they can be empowered to help themselves. Our website is crucial in this regard and is constantly being improved.

“The hunger for arthritis information is enormous. Last year we received over twice as many visits as the year before. ”

Yet the charity knows that people sometimes want to talk directly to experts; so, in April, it launched a dedicated helpline providing individual advice, support and guidance. Incredibly it fielded almost 2000 enquiries in just two months. “People with arthritis are eager for a conversation,” says O’Toole. “The helpline has received a broad range of questions and requests for advice, including a topical focus on treatment and medication.”

O’Toole insists that Arthritis Research UK is taking “a 21st century approach” to support and guidance. We recently launched a virtual assistant – a chat service on our website which provides answers to questions about osteoarthritis, exercise and pain management. You can use it at any time of the day or night, seven days a week. It has learnt the hundreds of pages of expert information from our website, so you don’t have to search for your answer, you can just ask the assistant and it will give you an answer based on our expert content.

“This is one of the most exciting applications of cutting edge technology ever used in the UK to help people struggling with arthritis,” says O’Toole. “Many people are unable to sleep because of the pain; so if they need help and advice at 2am, they’ll be able to get it via the virtual assistant.” It is in test mode at the moment, so the charity wants people to ask it questions about their condition in order to improve the service.

Of course, advances such as these aren’t cheap to develop; and like all charities, Arthritis Research UK relies on the generosity of the public for its funding. Every year the charity raises at least 70% of its voluntary income from Gifts in Wills. “We have a massively ambitious agenda and need more resources,” says O’Toole. “We’re incredibly dependent on Gifts in Wills which is a wonderful way for someone to ensure that our work can continue beyond their lifetime.”

Every year, the charity raises at least 70% of its voluntary income from Gifts in Wills.

All of this makes a big difference to real people. “For example, the lady in her late forties who is socially isolated because of her condition and moves so slowly that she is worried about her safety,” says O’Toole. “Then, there’s also the poor person who is in so much pain that they can’t even hold their partner’s hand…”

“We want to give as much advice and support to these people as we possibly can. We want to lessen the impact that arthritis has people with the condition lives.  Above all, we want to empower and enable people to live better lives with their arthritis.”