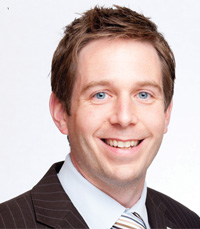 There are things you can do to lower your risk of dementia. Keep an eye on your symptoms and if you are worried, visit your GP.

As we get older, we become more susceptible to various conditions and illnesses. Yet some conditions traditionally associated with older people can actually strike at any age: arthritis for example. It’s true that the older you are, the more likely you are to develop cardiovascular disease; but eating well, taking regular exercise, keeping tabs on your blood pressure and cholesterol and throwing away your cigarettes helps to lower your risk.

Then there is dementia. This is the umbrella term for a collection of symptoms which include memory loss, difficulties with thinking and problem-solving, and the loss of ability to carry out daily tasks. The most common form of dementia is Alzheimer’s disease, which accounts for two-thirds of cases.
“Alzheimer’s is caused by two proteins in the brain that don’t behave as they should,” says Dr Doug Brown, Director of Research and Development at Alzheimer’s Society. “An accumulation of these proteins causes damage to the brain cells so that they stop working properly; and eventual loss of the brain cells, which leads to the condition’s progressive nature.”

Of course, some memory loss is a normal part of the ageing process; but dementia isn’t normal. If you notice that you are behaving differently, have significant memory loss or have difficulty following conversations, then visit your GP and talk through your concerns. You can also call the Alzheimer’s Society helpline.

There’s no cure for dementia at present, although research is ongoing to find treatments to slow, stop or even reverse its effects. Some treatments are available for Alzheimer’s which may relieve some of the symptoms for a period of time — although these do not treat underlying causes, and do not work for everyone.

The jury is out that ‘brain training’ — keeping your mind active with puzzles and crosswords, for example — can have a beneficial effect on keeping Alzheimer’s at bay or slowing it in the early stages. “But we do know that there are things you can do to reduce your risk of developing it,” says Dr Brown. “Don’t smoke, do exercise and follow a Mediterranean diet, with oily fish and green vegetables.”

It’s little over two years since the G8 Summit on Dementia in London and focus on dementia has been growing ever since. Global health leaders set an ambition to develop a treatment that could slow or stop dementia by 2025, along with welcome increases in research funding.

Despite research funding still lagging far other major health conditions – dementia charities can invest around £17m a year compared to over £380m for cancer charities – there is a sense of optimism in the scientific community. Dementia is long overdue its place in the spotlight and we must capitalise on this opportunity.

The human brain is the most complex structure in the known universe and understanding how it goes wrong is one of our biggest scientific challenges. Although there are many things still to be uncovered about the workings of the brain and what happens in dementia, we know more than ever about the proteins, genes and molecules driving Alzheimer’s and other diseases that cause dementia. They are physical diseases, and with sustained investment and support, researchers can tackle them in the same way they’ve made such strides against heart disease and cancer.

The UK is home to some of the world’s greatest dementia scientists and they’re collaborating across the globe to make progress faster. Our scientists have discovered over 20 genes linked to an altered risk of Alzheimer’s, throwing open new avenues for treatment investigation. Researchers are working hard to understand and detect the earliest changes in the diseases that cause dementia, from innovative brain scanning to discovering blood signatures that could underpin new diagnostic techniques.

We’re reaching a turning point in research, where we must capitalise on these promising discoveries and ensure they’re translated quickly into new treatments, preventions and diagnostics. That urgent need drove us to launch the Alzheimer’s Research UK Drug Discovery Alliance – a network of Drug Discovery Institutes. Our Institutes will house dedicated drug discovery teams focused on designing and developing potential new drugs for dementia.

But it’s not only researchers that are making a difference in research. The public play a vital role too, not only in supporting research but also in taking part. Anyone with or without dementia interested in volunteering for research studies can visit www.joindementiaresearch.nihr.ac.uk or call Alzheimer’s Research UK’s Dementia Research Infoline on 0300 111 5 111.

Find out more about research into dementia at www.alzheimersresearchuk.org