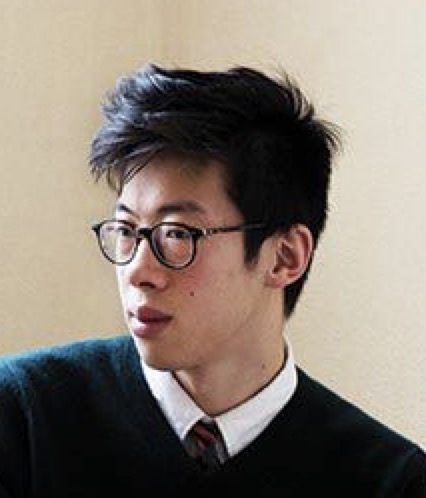 What impact can arthritis have on a person? Victor Yip, now 20, talks about his experiences with arthritis — and how anti-TNF therapy changed his life for the better.

When were you diagnosed with arthritis?

“It was 2007 when I was 10. I had joint pain that had been misdiagnosed a couple of times which started in my right hip and, in the following years, traversed my body. I often experienced arthritis as a dull, consistent pain which became sharp and sudden when I began to move an affected joint.”

What impact did it have on your life and what was your treatment?

“Well, life carried on but it was painful; although, when the symptoms first appeared, my condition was manageable. I could still go to PE lessons and walk to school, for example. After diagnosis, as my condition worsened and I experienced joint stiffness and swelling, it became a lot easier for allowances to be made for me — so I didn’t take part in PE any more. Initially I was given medication to bring down the inflammation, which kept the arthritis under control but had some unpleasant side-effects on my stomach. So I ended up taking another drug to control that.”

How did arthritis affect your social life?

“When you’re 10 years old, your social life is generally OK. It’s more of a problem when you get to secondary school and you’re out and about with your mates. You might be lagging behind, you might be tired and you might not be able to walk as far as your peers. Luckily for me, my friends were aware of my condition and were always thoughtful.”

Can your friends relate to your condition?

“I wouldn’t say they can relate to it, but they certainly understand it. I’ve been quite frank with them — and that seems to work for them and me. Yet some people I’ve spoken to with arthritis want to hide it because they don’t want their friends to make allowances for them. They convince themselves that they’re a burden and try to conceal how difficult things can be.”

You’ve been having anti-TNF therapy since 2013. How did you first hear about it?

“I was in year 11 at school and in hospital after a severe flare-up of my disease. I was put on a low dose of methotrexate plus some steroidal drugs; but they didn’t seem to do the trick. So a new treatment — anti-TNF— was suggested. At that point, I thought of it as just another kind of therapy.”

How has anti-TNF helped?

“It’s worked a charm. Before the treatment I had trouble walking, was on crutches and in a considerable amount of pain. I’d also missed quite a lot of school and didn’t do any exercise. This sounds dramatic but, after the treatment, it was like a miracle. I could walk again, didn’t need crutches and there was no pain. The swellings went down and it just seemed to work perfectly. The other drugs I’d had would often take two or three months to work, but I could feel the anti-TNF working in a matter of days. In two or three weeks I had normal body function again. Every two months the medication is delivered to my house. I keep it refrigerated and then, once a week, administer it myself by injection.”

Without anti-TNF, what would your life be like now?

“Life would certainly be more difficult and perhaps I wouldn’t have gone on to achieve what I have. I’m now 20 and studying physics at the University of Warwick. I’m hoping to pursue a Masters and go into the energy industry. I have no pain, no swelling and no stiffness. You wouldn’t be able to tell from looking at me that arthritis had ever knocked on my door.”

What support have you had from Arthritis Research UK over the years?

“One of the most useful things Arthritis Research UK does is provide information. If you’re in real pain, hearing other people’s stories can often help more than medicine because you realise they’ve gone through the same thing as you and come out the other side.”

Every year at least 70% of our voluntary income comes from gifts left in Wills.

Would you recommend that older people consider a gift in this way?

“I had no idea about that. As an adolescent wanting information about the condition I’ve never really thought about that side of arthritis research. But it sounds like a very good thing to do because research in this area is so important.”