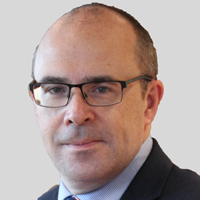 Too many people are being tricked into moving their money into fraudsters’ bank accounts by what are known as Authorised Push Payment (APP) scams on the phone and via email.

Research by the Nationwide Building Society reveals there is a serious lack of awareness around Authorised Push Payment (APP) scams, which can leave people out of pocket after they move their money into a criminal’s bank account.

Banks and building societies invest heavily in their fraud system, so the scammers are increasingly moving to encouraging victims to move the money themselves, which can see them losing thousands of pounds in a matter of minutes.

Money is moved quickly to make it hard to trace

Nationwide’s Senior Fraud Manager, Martin Salter, says it can be extremely difficult to recover the money once someone has been persuaded to transfer funds into a fraudsters’ account. Once the money has reached a fraudster’s account it is usually moved again within minutes, making it almost impossible to trace.

“A call from someone claiming to be from your bank can be very convincing,” says Salter. “The scammers play on people’s fears or may use psychology to persuade someone they are getting a good deal, such as securing a holiday villa that has miraculously become available, all they have to do is  pay now.”

Three of the most common APP scams are:

Safe account: Beware if you receive a call from someone claiming to be from your bank and who insists there is a problem with your account and that you should move your money into a so-called ‘safe account’. The fraudster can sound credible and play on their target’s fears before providing the ‘safe’ account number and sort code.

Invoice scams: Fake or altered invoices from a tradesman or solicitor can seem convincing, especially if you are expecting to pay a bill. A fraudster who has hacked into your email can send an invoice that looks real enough, but which has different bank details.

Impersonation of officials: Fraudsters will pose as the police or other authority figures to con people out of their money. Many people are being duped into withdrawing their savings because they have a sense of civic duty and want to help. For example, scammers can pose as the police investigating allegations that branch staff are engaged in illegal activity and they need your help.

Help against banking scams is at hand

“Education is key in helping people protect themselves from APP scams,” says Salter. The main things to remember are: