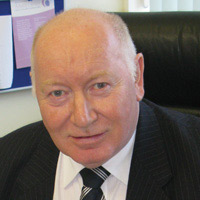 Chief Executive of the National Association of Funeral Directors (NAFD)

A funeral plan is a way to document your final wishes. Recording what you want can help your loved ones at a distressing time.

Alan Slater, Chief Executive of the National Association of Funeral Directors (NAFD), has had a distressing week. His father passed away just a few days before we spoke.

It’s obviously been a traumatic and sad time but, Slater says, the arrangements have been made easier because his father had written a funeral plan. “As a result, we know what my father’s funeral wishes were,” he says. “On top of the grief we don’t have the turmoil of saying: ‘What do we do now?’ But some people just don’t know what their loved ones wanted, even when it’s as fundamental as a ‘burial’ or ‘cremation.”

Let’s talk about it

Death has always been a taboo subject but, in recent years, there are signs that the British public are more willing to talk about it. “The veil was lifted with the US drama Six Feet Under, and also regular bereavement storylines in dramas and soaps,” says Slater.

Yet, some people have been reluctant to express their funeral wishes for the same reason that they are reluctant to make wills, Slater says. They think that, if they do, they are tempting fate. Of course, planning your funeral doesn’t mean you are about to die; but having instructions in place could make it easier for the loved ones you leave behind.

The plan can be as formal or as informal as you like. It’s simply there to help the bereaved carry out your final wishes.

The choice is yours

A guide called My Funeral Wishes was recently launched by the Dying Matters coalition and the NAFD to make it easier for people to plan their own funerals down to the finest details. “My Funeral Wishes gives you a script,” says Slater. “It asks questions you need to answer, even down to ‘preferred funeral route’. Once you have answered them, record them. Put them with your will, or give them to you next of kin or a funeral director. The choice is yours, but the plan can be as formal or as informal as you like. It’s simply there to help the bereaved carry out your final wishes.”

And that can be anything, as long as it’s legal. “If you want, say, a funeral band or an unconventional mode of transport rather than a hearse, your NAFD funeral director will be able to arrange it,” says Slater. “Go and talk to them. It may sound like an awkward thing to do — but it won’t be, and it could make the decision process easier.”