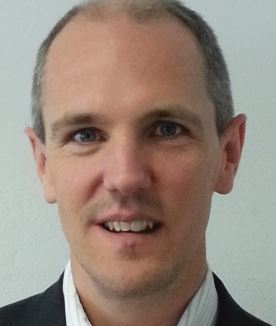 Gift-giving in Wills is worth £2.5 billion a year to the charity sector. If good causes are to carry on with their work, it’s vital that this method of fund-raising survives and thrives.

Some people call it ‘legacy giving’ — but Robe Cope, Director of Remember a Charity, isn’t a fan of the term. “I prefer to call it ‘leaving gifts in Wills’,” he says. “’Legacy’ is a loaded word because it makes it sound as though you have to be wealthy to leave a gift to a charity after you have gone. But you really don’t have to be. Anyone can leave a gift in their Will, however big or small.”

Sadly, not many of us do: just 6.3% of the population at last count.

That said, according to figures from Legacy Foresight, gift-giving in Wills has grown by 39% over the last five years and is currently worth more than £2.5 billion a year to good causes — a milestone figure for the sector representing 13% of all voluntary income. So, notes Cope, the numbers are gong in the right direction: when Remember a Charity launched in 2002, just 4.5% of the population were leaving charitable gifts in their Wills.

“That means we’ve seen a rise of just over 2% in 15 years, which might not sound like much,” he says. “But actually that’s a 50% increase, so it’s all about relative change. And small shifts in behaviour can make an enormous difference to the charity sector, so it’s great that more people are leaving gifts in Wills than ever before.”

The trick now is to persuade even more of us to do it, because many good causes are hugely reliant on this type of fund-raising. And just a four per cent change in behaviour among the public would generate an additional £1billion for UK charities every year.

Remember a Charity is charity coalition that was formed to encourage more people to consider leaving a charitable gift in their Will. At its launch it worked with a small group of fundraising charities who wanted to think of new ways to grow giving. These days, it’s involved with more than 180 charitable organisations.

“We have been able to stick together and grow the market for gift-giving in ways we never thought possible,” says Cope. “That’s a testament to all the charities we work with and who have been part of our campaign over the years. Our mission is to make people feel good about giving because it’s such a great thing to do. We want to encourage people to think about leaving a gift in their Will as real option, particularly if they’re not able to give that much in their lifetime.”

There are, however, financial challenges to face in this area. While a proposed increase in probate fees has been scrapped by the Government and welcomed by Remember a Charity, the coalition is worried that changes to the inheritance tax (IHT) framework made in April may put charitable legacies at risk. The introduction of a new IHT allowance (the main residence nil-rate band) reduces the number of people who can benefit from the tax incentives of leaving gifts in Wills, says Cope. A worse case scenario is that 1,200 fewer people will leave charitable gifts as a result.

Remember a Charity is also pressing for charitable Wills to be free from VAT. It estimates that an exemption could double the number of people leaving a gift to charity in their Will, and generate a further £800 million for good causes.

Still, Cope is optimistic for the future of gift-giving in Wills. The UK is generous nation, he says: 74% of us support charities. “The British charity sector is one of the strongest in the world, and there are two reasons for that. Number one, we have a very generous public. Number two, we have a very professional and well-organised voluntary sector with some fantastic supporters.”