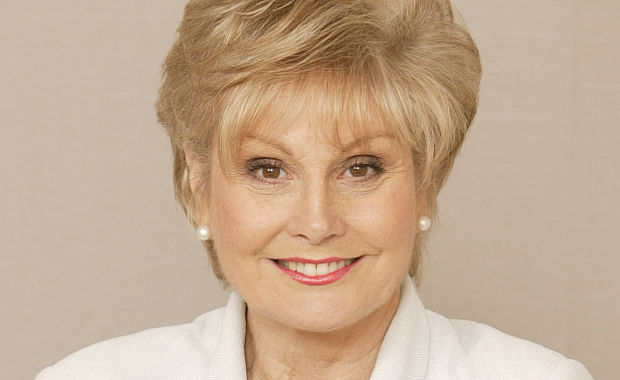 Question: Is dementia receiving the attention it deserves?
Answer: It’s starting to — and it should, because many of us have a close family member or friend with the condition, says Alzheimer’s ambassador, Angela Rippon.

“I heard a wonderful quote recently from a 12 year old,” says broadcaster and journalist, Angela Rippon. “She was reading from a book of sayings about dementia and said: ‘When my gran was diagnosed with dementia, we all got it, because dementia is a team event.’ That was so perceptive because it sums up what dementia actually is. It affects everyone — as well as the person with the condition.”

Angela knows this only too well because her late mother, Edna, was diagnosed with dementia in 2004. It didn’t only rob Edna of her memory: it changed her character, too. “It’s important to see the person and not the illness,” says Angela. “I had to get to know someone who was not the woman who had been my mother for all those years. Yet she was still the same person behind the symptoms. And I didn’t stop loving her.”

Angela is a long-time supporter and ambassador of the Alzheimer’s Society and co-chairs the Dementia Friendly Communities Champions Group as part of the Prime Minister’s Challenge on Dementia. “When my mother was diagnosed, I did my job as a journalist to find out as much as I possibly could about the symptoms,” she says. “But I’m more than aware that many people who suddenly find themselves as carers of someone with dementia have no idea about it or where to go to for help.

“That’s why we aim to establish dementia friendly communities throughout the country so that people are being supported, whether they are patients or carers. Dementia Friends are a wonderful safety net because these are people who will offer respite to a carer. Carers are always at the forefront of our minds — and just as important to us as the patients.”

Angela believes that dementia is now starting to receive the attention it deserves from the government, broadcasters and the public. And so it should, she points out. According to figures from the Alzheimer’s Society, around 23 million of the UK population have a close friend or family member with dementia. “It’s that big in the community,” she says. “We can’t ignore it anymore.”

Anyone experiencing symptoms of dementia — or have a loved one experiencing symptoms — should consult their GP. They should also contact the Alzheimer’s Society and Carers Trust. “Both are experts in the condition and they can give you advice, help and support to ensure that you are not on your own,” says Angela. “There’s a whole network out there — so tap into it and use it.”